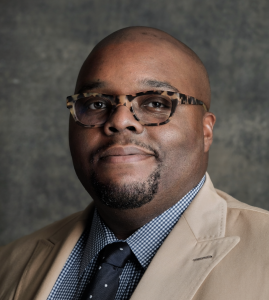 Wilson Lester is Executive Director of Piedmont Business Capital creating relationships with businesses in urban and rural communities through micro lending in support of the operational expansion and new business development for women and minority entrepreneurs.  Having built multiple successful companies, Wilson has relevant experience developing small businesses. These efforts have grown the Guilford County tax base by 5 million dollars, while sustaining and creating jobs.

Wilson serves on the board of directors for the Nussbaum Center for Entrepreneurship, Reinvestment Partners (Durham, NC), Cone Health Foundation Board, and the Greensboro Chamber of Commerce. He is an active member of Greensboro Rotary, and the Tau Omega Chapter of Omega Psi Phi Fraternity, Inc. In 2018, he was recognized as a 40 under 40 in the Triad Business Journal and in 2020 he was recognized by the State of Black North Carolina and Black Business Ink Magazine as a 40 under 40 most influential African Americans in the Triad. He is also a member of the Leadership Greensboro 2018 Class. In 2019 he received the Economic Legacy Award from the Beta Omega Chapter of Alpha Kappa Alpha Sorority, and Omega Man of the Year from the Tau Omega Chapter of Omega Psi Phi Fraternity, Inc.,

Wilson earned his bachelor of Business Administration from Greensboro College and completed his graduate degree in Management, Strategy, and Leadership at Michigan State University.  Wilson is a Greensboro resident, living with his wife Jasmine and two daughters Naomi and Noelle and his only son a German Shorthaired Pointer named Nile.