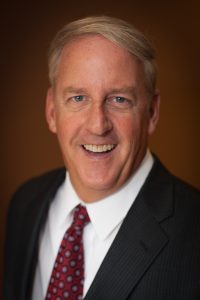 The 2020 U.S. Figure Skating Championships and the Future of Major Sports Events in Greensboro

Hill Carrow is CEO of Sports & Properties, Inc. (SPI), a sports and entertainment marketing and development firm based in Cary, NC. SPI is the producer of the 2020 U.S. Figure Skating Championships and Hill is serving as Chairman of the Local Organizing Committee for the event.

Through the years, Hill has developed, recruited and hosted major sports events in more than 40 different Olympic and amateur sports in Greensboro, including:

Hill has produced events at the Greensboro Coliseum Complex dating back more than 30 years, including 3 Olympic Trials events, and 9 editions of the US Masters Swimming High Performance Camp. He founded the State Games of North Carolina, our state’s largest sports event, which has been hosted in Greensboro on a number of occasions.

Hill has recruited and will be directing the following events to Greensboro for 2020 and 2021:

Hill has been a long-time leader in the sports tourism industry having founded both the industry’s  national and state trade associations, the National Association of Sports Commissions and the North Carolina Sports Association respectively. Hill led the Carolinas’ largest-ever event, the US Olympic Festival, and has received numerous sports tourism awards including those from the Raleigh Convention & Visitors Bureau (Thad Eure Award), Wake County, and State of North Carolina (Order of the Long Leaf Pine), among others. He has been inducted into the National Association of Sports Commissions Sports Tourism Hall of Fame and the North Carolina Swimming Hall of Fame.

Hill started out in life at the Greensboro Children’s Home, but now resides in Morrisville, NC, with his wife Sheri-lyn and daughter, Casey.