“Navigating the New Normal for Economic Development in North Carolina” 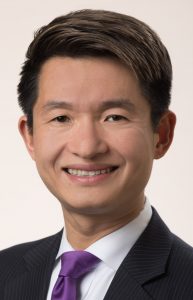 As a public-private partnership, the EDPNC is responsible for a number of economic development functions on behalf of the State of North Carolina, including new business recruitment, existing business support, export assistance, small business start-up counseling, and tourism promotion.  With a staff of 70 professionals and an annual operating budget of more than $25 million, the EDPNC is focused on improving the economic well-being and quality of life for North Carolina’s more than 10 million residents.

Since 2015, the EDPNC has helped North Carolina win nearly 750 recruitment and expansion projects, resulting in 99,000 announced new jobs and $22 billion in announced new investment across the state.

Chris previously held various executive and management responsibilities at the Missouri Partnership (2007-2014) and the Ohio Department of Development, now known as JobsOhio (1997-2007).

Chris attended The Ohio State University (OSU), graduating Phi Beta Kappa with a double-major in Japanese and economics. He resides in Raleigh, North Carolina, with his wife Emily and daughter Elizabeth.