Michael Walden, “Economic Outlook During and After the Pandemic” (October 14)

“Economic Outlook During and After the Pandemic” 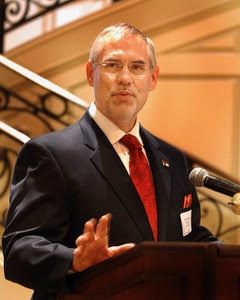 Dr. Michael L. Walden is a William Neal Reynolds Distinguished Professor and Extension Economist at North Carolina State University and a member of the Graduate Economics faculty with The Poole College of Management. His Ph.D. degree is from Cornell University and he has been at N.C. State since 1978. He has also been a Visiting Professor at Duke University. He also serves as a member of the North Carolina Chamber of Commerce Foundation’s Board of Economic Advisors.

Dr. Walden has teaching, research, and extension responsibilities at NCSU in the areas of consumer economics, economic outlook, and public policy. He has published eight books and over 250 articles and reports, including the book North Carolina in the Connected Age, published by the UNC Press. He has served on several local and state level commissions. With his wife, he is the co-author of three “economic thrillers”, Macro Mayhem, Micro Mischief, and Fiscal Fiasco, designed to teach economics in an entertaining way.

Dr. Walden can be frequently seen, heard, and read in the media.   He has daily radio programs aired on stations around North Carolina for which he has won two national awards. He is often interviewed on local TV and radio news broadcasts, has appeared on NBC, CBS, The Fox Report, and the Newshour With Jim Lehrer, and is frequently quoted in such newspapers as USA Today, The News and Observer, The Charlotte Observer, The Boston Globe, The Wall Street Journal, and The Washington Post. His biweekly column, You Decide, is carried by over forty newspapers in the state. He has made over 2500 personal presentations.

Dr. Walden directs the semiannual economic forecast, The North Carolina Economic Outlook. He has won numerous academic and public awards, including two Champion-Tuck Awards for Excellence in Broadcasting, the UNC Board of Governor’s Award for Excellence in Public Service in 2010, the Order of the Long Leaf Pine in 2013, and the Holladay Medal for Excellence from North Carolina State University in 2014. His newest books are Real Solutions: Commonsense Ideas for Solving Our Most Pressing Problems and Disunion: A Political Thriller.