Polio
Poliomyelitis (polio) is a paralyzing and potentially fatal disease that still threatens children in some parts of the world. The poliovirus invades the nervous system and can cause total paralysis in a matter of hours. It can strike at any age but mainly 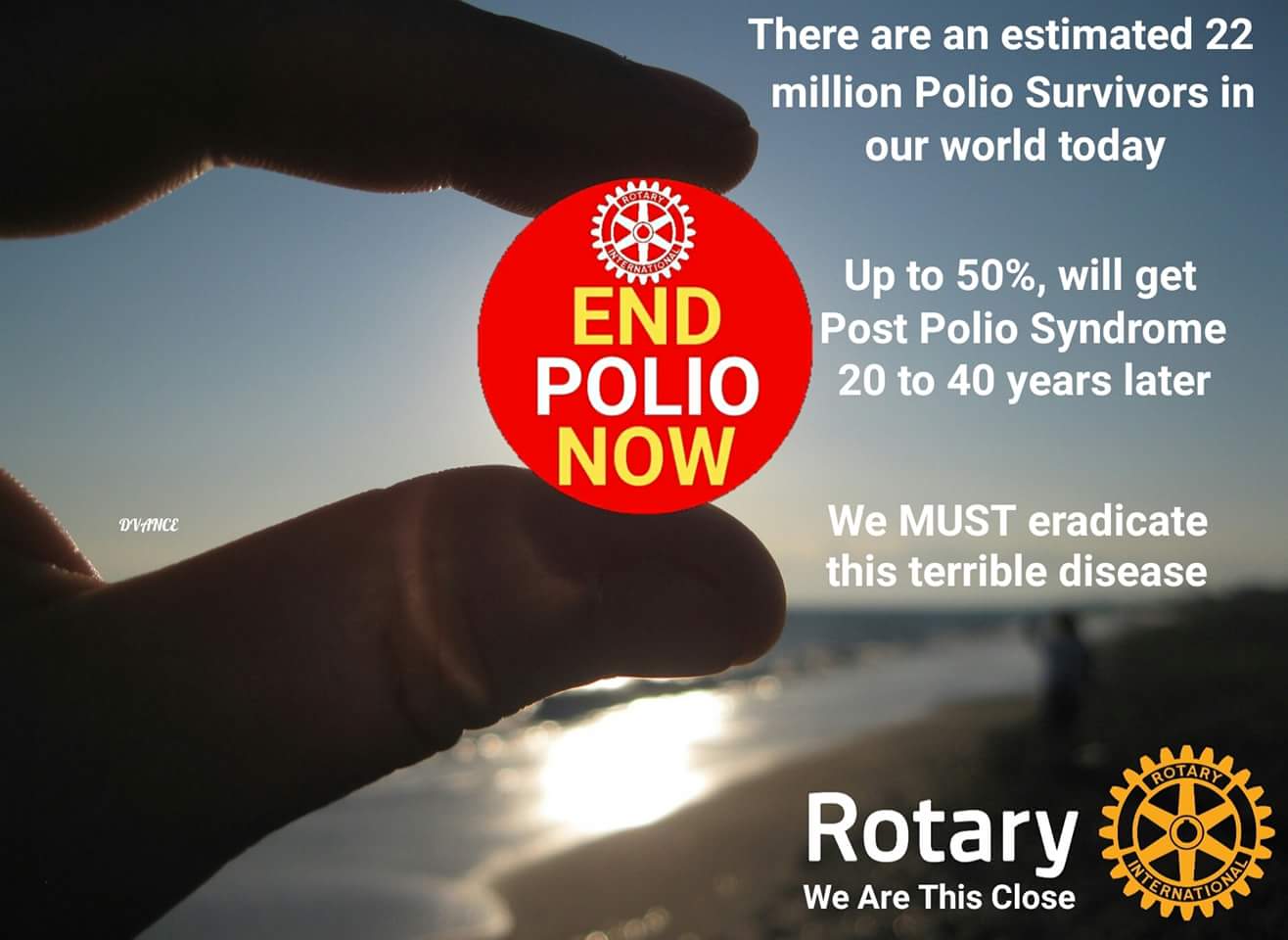 affects children under five. Polio is incurable, but completely vaccine-preventable.

PolioPlus
In 1985, Rotary launched its PolioPlus program, the first initiative to tackle global polio eradication through the mass vaccination of children. Rotary has contributed more than $1.8 billion and countless volunteer hours to immunize more than 2.5 billion children in 122 countries. In addition, Rotary’s advocacy efforts have played a role in decisions by donor governments to contribute more than $7.2 billion to the effort.

Global Polio Eradication Initiative
The Global Polio Eradication Initiative, formed in 1988, is a public-private partnership that includes Rotary, the World Health Organization, the U.S. Centers for Disease Control and Prevention, UNICEF, the Bill & Melinda Gates Foundation, and governments of the world. Rotary’s focus is advocacy, fundraising, volunteer recruitment and awareness-building.

Polio Today
Today, there are only three countries that have never stopped transmission of the wild poliovirus: Afghanistan, Nigeria and Pakistan. Just 22 polio cases were confirmed worldwide in 2017, which is a reduction of more than 99.9 percent since the 1980s, when the world saw about 1,000 cases per day.

Challenges
The polio cases represented by the remaining one percent are the most difficult to prevent, due to factors including geographical isolation, poor public infrastructure, armed conflict and cultural barriers. Until polio is eradicated, all countries remain at risk of outbreaks.

Ensuring Success
Rotary will raise $50 million per year over a three-year period, with every dollar to be matched with two additional dollars from the Bill & Melinda Gates Foundation. These funds help to provide much-needed operational support, medical personnel, laboratory equipment, and educational materials for health workers and parents. Governments, corporations and private individuals all play a crucial role in funding.

Rotary in Action
More than one million Rotary members have donated their time and personal resources to end polio. Every year, hundreds of Rotary members work side-by-side with health workers to vaccinate children in polio-affected countries. Rotary members work with UNICEF and other partners to prepare and distribute mass communication tools to reach people in areas isolated by conflict, geography, or poverty. Rotary members also recruit fellow volunteers, assist with transporting the vaccine, and provide other logistical support. 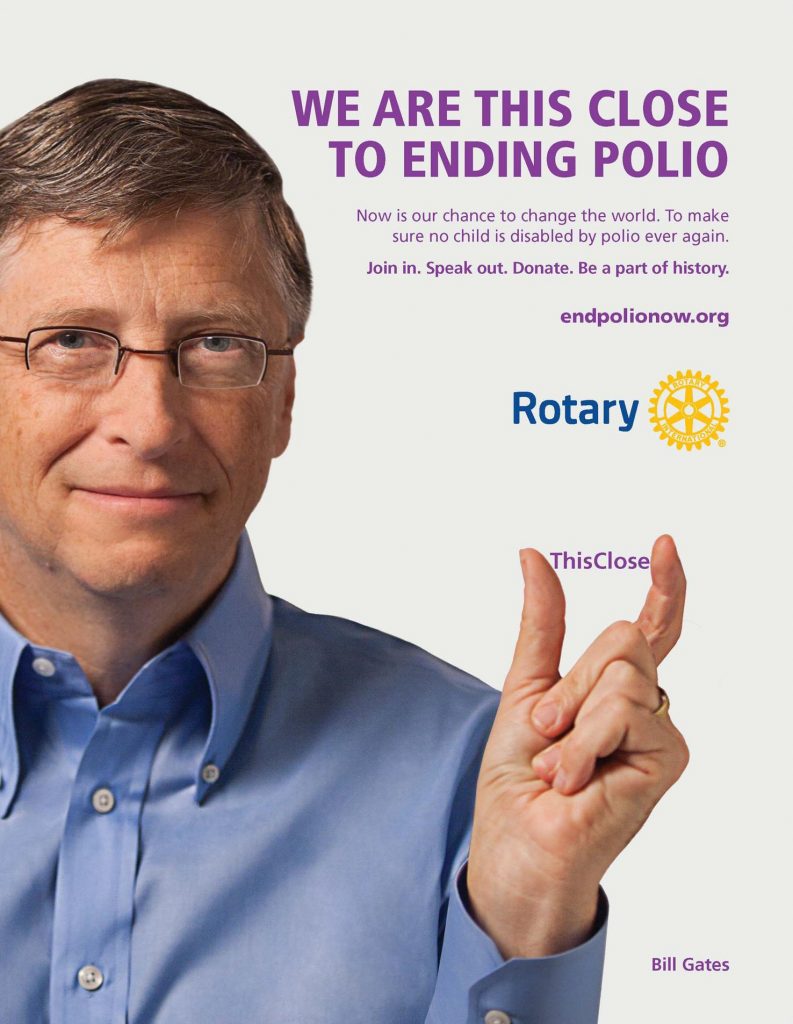 Greensboro Rotary Involvement
Last year, John Krege and Ron Wilson participated in India’s National Immunization Day (NID) with the Government of India setting out to give two drops of oral polio vaccine to every child in the country under the age of five. The scale is extraordinary with more than 172 million children immunized by 2.3 million vaccinators who visit every house in every city, town and village across the country – more than 209 million houses in all. Patrice Hinnant has also participated in NID. Interested in participating yourself?  Touch base with John, Ron, or Patrice to find out how.

This year, President Larry Moore has designated EndPolioNow as the recipient of our club’s weekly Brag Bucks. Approximately 200 bucks have been collected since the beginning of July.

On Wednesday, as part of World Polio Day, all club members will have the opportunity to participate in the EndPolio Now campaign by sponsoring vaccines, which cost $0.60 each. How many will you sponsor? And, remember, for every dollar you give to EndPolioNow, the Bill and Melinda Gates Foundation will give two additional dollars.