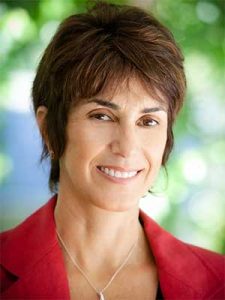 Marta Mitchell joined our club in August 2016.  She currently owns Marta Mitchell Interior Design, a business she has grown to include 4 other designers and has just moved to State Street. She was recognized a year ago on the Business Journal’s list of Women to Watch.

Background:  Marta is originally from Campinas, a large city in Brazil about an hour from Sao Paulo. She visits her parents and brothers, who now live in the western part of Brazil in Campo Grande, a couple of times a year. Her exposure to Rotary began in high school, when she spent a year in Southold, New York, a small town on the North Fork of Long Island, as a Rotary exchange student. She stayed with three families and still visits them often. She credits this experience with defining her future.

Education and Family:  While completing her BA degree in Interior Design at PUCC University in Brazil, Marta met Peter, originally from South Africa and working at a multinational corporation there. After they married in Brazil, they headed to UNC-Chapel Hill for 2 years for Peter to get an MBA – but are still in North Carolina after 32 years! In fact, Peter was in our club from approximately 1986 – 1998, when he had to transfer to the Eden Rotary Club after he bought a business in Rockingham County. They have two sons who graduated from Appalachian State. One has an MBA from Vanderbilt and works for Google in marketing; the other one is back in college in sports medicine and physical therapy.

Interests:  Marta’s favorite past community service was donating her time to design the main dining room for the Salvation Army’s Center of Hope in Greensboro. She is now helping Pam spruce up our Rotary office. Her hobbies include art, color psychology, photography, running, tennis, and hiking. She is a busy and talented woman we are fortunate to have in our club!