The State of NC State: A Campus Update 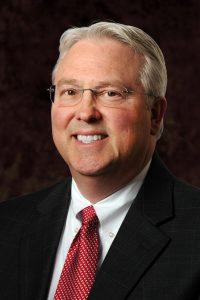 Dr. Randy Woodson became North Carolina State University’s 14th chancellor in April 2010. Woodson leads the largest university in North Carolina, with more than 34,000 students and a $1.5 billion budget. Under his leadership, the university created and implemented The Pathway to the Future strategic plan and advanced each of its strategic goals.

NC State has become a lead university for two NSF Engineering Research Centers, one Manufacturing USA institute and partner on six others, and expanded to more than 70 industry and government partnerships on its nationally recognized Centennial Campus. NC State has also garnered national and international recognition for its faculty and student scholarship.

NC State launched the Think and Do the Extraordinary Campaign to raise $1.6 billion for scholarships, research, programs and facilities, propelling the university to even greater heights.

Leading by example to tackle the world’s grand challenges, Woodson also chairs the APLU Commission of Global Food Security and serves on the US Council of Competitiveness Executive Committee.