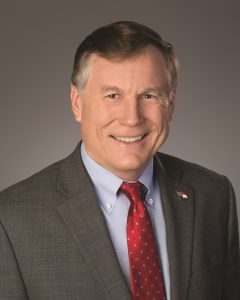 He’s a native of Guilford County and still lives in the same house on the Causey family farm where he grew up.

Commissioner Causey learned the values of hard work growing up on the family farm.  After going off to school and serving the U.S. Army, Mike worked as a field engineer in the construction industry and then began his career in the insurance industry where he learned virtually every facet of the insurance industry – working as an agency manager, as superintendent of agencies and owning his own agency.