Criminal Law and the Internet 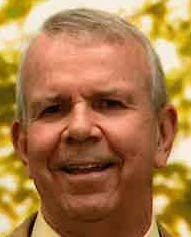 Locke Turner Clifford is a “double Tarheel,” having received two degrees at Chapel Hill.  Clifford began his law practice as an associate with the Iredell County firm of Collier, Harris & Collier.  After one year, Clifford enlisted in the United States Army and, after completing the Infantry School at Ft. Benning, GA, was commissioned as a 2nd Lieutenant.

Clifford was deployed to Viet Nam as an infantry platoon leader but by God’s grace and good fortune was instead assigned be an Army lawyer.  He both prosecuted and defended criminal courts martial.  After his military service, Clifford became an assistant to Solicitor W.D. Albright in Greensboro.

After two years of prosecuting, including maybe sixty jury trials to verdict, Clifford went into private practice with Walton McNairy.    He currently practices in the Greensboro firm of Clifford & Harris, PLLC, along with his partners, Andrew Clifford (son) and Daniel Harris.  Lynda is Locke’s trophy wife of forty-nine years.  Ellyn Clifford Quesnel, their daughter, has last month moved to Greenville, NC where her husband, Dan Quesnel, also a lawyer, is the new headmaster at The Oakwood School.