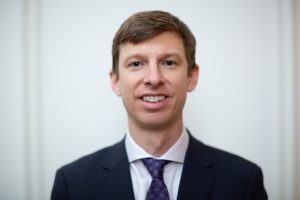 Eric Butorac competed on the ATP tour for the 13 seasons, winning 18 ATP doubles titles along the way. He reached the finals of the 2014 Australian Open and the semi-finals of the French and US Open mixed doubles.  He has career doubles wins over Rafael Nadal, Andy Murray, Stan Wawrinka and the Bryan Brothers. He spent eight years on the ATP Player Council and in 2014, succeeded Roger Federer as President. A three-time ITA All-American while playing for Gustavus Adolphus College, Eric won the NCAA DIII Singles and Doubles Championships as well as the 2003 National Arthur Ashe Sportsmanship Award.  He also spent four seasons as the volunteer assistant coach at Harvard University. Most recently, Eric retired from tennis at the 2016 US Open and is now the Director of Player Relations and Pro Tennis Operations for the USTA.

Note: this meeting will be conducted in a virtual environment. The meeting link will be emailed to all members. Guests should contact the Club Administrator at pcash@greensbororotary.org.