David Holley & and members of the cast of Greensboro Opera’s upcoming production of Pagliacci, “Update on Greensboro Opera, Porgy and Bess at the Tanger Center and More!” (October 30)

Update on the Greensboro Opera, Porgy and Bess at the Tanger Center, and More 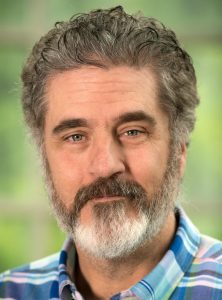 David Holley was appointed as the Artistic Director of Greensboro Opera in June 2013 and promoted to General and Artistic Director in March of 2018. The Director of Opera at the University of North Carolina at Greensboro since 1992, David has stage directed throughout the United States, including eight years as the Resident Stage Director at the Brevard Music Festival. In addition to Greensboro Opera mainstage productions, his directing credits include engagements with the Pensacola Opera, Opera Roanoke, Baylor University, Furman University, and the annual Eastern Music Festival/Greensboro Opera collaborations, including last summer’s Send in the Clowns.  In 2009, he produced and directed and wrote the libretto for the world premiere of Picnic, an opera by prominent American composer Libby Larsen, commissioned by the UNCG School of Music. Mr. Holley was President of the National Opera Association from 2014 – 2016.