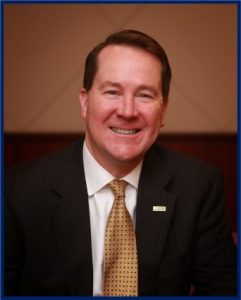 Kevin is the Executive Director of the Piedmont Triad Airport Authority.  He joined the Authority in January 2008.  Previously, he served as a Vice President of the Michael Baker Corporation, a large international consulting firm, and in that capacity served as a consultant to the Authority for approximately 10 years, leading major airport development programs, including the FedEx Mid-Atlantic Hub and the Honda Aircraft Company’s global headquarters and manufacturing facilities.  He has also served in a consultant role for major programs at airports nationwide.

Kevin is a 1990 Graduate of Lehigh University, with a Bachelor of Science Degree in Civil Engineering.

He is involved in a number of Civic and Business-related organizations, including:

Kevin lives in northern Guilford County with his wife Lynn and has two kids in college.