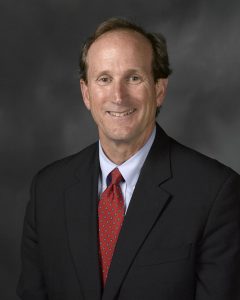 Mr. Tim Disher graduated from the Naval Academy in 1981 and joined the submarine community.

He was selected as a Foreign Area Officer and assigned to serve as the liaison officer in Madrid, Spain for all cooperative programs between the U.S. and Spanish Navies.  En-route to Spain he graduated with distinction from the Defense Language Institute with proficiency in the Spanish language.

He is the author of several articles on the integration of international education at the United States Naval Academy.  He has taught undergraduate courses on leadership, ethics and culture.

He retired from the U.S. Navy on 1 September 2007 and currently serves as the Director, International Programs Office at United States Naval Academy.  He is responsible for coordination of international engagement programs for faculty, staff and the 4,500 midshipmen including semester study abroad, immersion and professional exchanges.

U.S. Naval Academy was one of four U.S. universities recently recognized with the 2020 Senator Paul Simon Comprehensive Award for Campus Internationalization which recognizes U.S. colleges and universities that are making significant, well-planned, well-executed, and well-documented progress toward comprehensive internationalization—especially those using innovative and creative approaches.

This is a virtual event via Zoom. If interested in attending, please email pcash@greensbororotary. org to request access.

A limited number of slots are available for club members who want to attend in person this week at Natty Greene’s Downtown.  See the most recent Rotaryarns email for the SignUp Genius link. Registration is required for the in-person option.