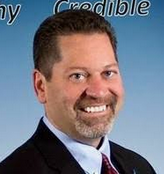 Born and raised in Buffalo, NY. Kevin is a graduate of Canisius College where he earned Bachelor’s and Master’s Degrees. Kevin has two adult children, Nicole and Matthew.

Kevin spent the first 32 years of his life in Buffalo until he discovered that northern winters weren’t that much fun any more. He moved to Greensboro in 2000 for a job at the News & Record. After nine years at the News & Record, Kevin joined the Better Business Bureau of Central NC in 2009.

Kevin is a die-hard, and often heart broken, Buffalo Bills and Buffalo Sabres fan. His interests and hobbies include hockey, golf and baseball.