Why I Walked 444 Miles to Make a Memory 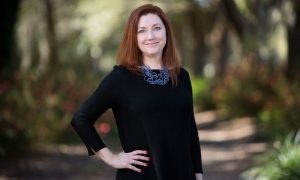 Featured in January 2017’s Rotarian Magazine, New York Times best-selling author Andra Watkins chose a crazy way to launch her debut novel. She’s one of the only living persons to walk the 444-mile Natchez Trace as the pioneers did, and she did it with an unconventional wing-man, her 80-year-old father. Her life-changing adventure inspired her NYT best-selling memoir Not Without My Father, which chronicles their experience. Andra is also the author of four other successful books, and is an active and celebrated Rotarian, having served in a number of leadership positions at Eastern South Carolina area clubs.